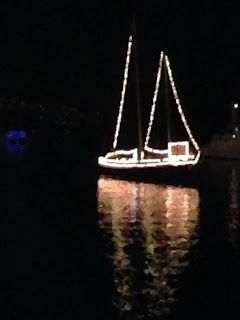 There was a phrase used in a post-grad dream course I took some years ago.  The phrase was "soft eyes".  It was a way of letting go of our specific perspective and seeing something that was more of a whole vision.  In a yoga class I once heard the teacher say "Relax your eyes back into their sockets".  Surprisingly, I found that I could do just that.  I hadn't known how hard my eyes were working.  Being awake can sometimes feel like a version of Where's Waldo, looking for that little stripe shirted man/boy with wire rimmed glasses.

This is not a way of not caring, or going to sleep, or being lazy.  It is a way to see the "gestalt" the whole of a thing.  Have you ever watched Cesar Milan, the dog whisperer?  He will often point out an animal that is NOT in calm state by having the audience look at the eyes and the ears.  They are all about focus on a particular thing. The animal is full of tension, a kind of ready alert or fight/flight stance.  Exhausting for sure, but perhaps more importantly it is about being lost to MOST of the world and seeing only one thing.

In recovery we often talk about being "hyper alert, or hyper reactive".  It can also be called a kind of "possession" like being taken over by something.  When humans are in this state, there is no relaxation, nor any openness.  All you can see is what you are looking at and looking for.  If you need examples think about how polarized our political or religious views are.  One can see it in scholars as well; those who have spent so much time studying one thing that they have lost the ability to be open to the appreciation of another view.

I was recently with a group of very intelligent, informed, conscious people and I noticed how stilted the conversation became when religious/spiritual talk showed up.  Everyone seemed to say something about it that they had probably said a few times before, and then not wanting to dig into a difficult area, simply moved on.

I am a boomer baby so I believe that we have power to change things and it starts with what I myself am doing.  With the ocean temperatures rising, it is hitting the consiousness of more people that maybe, just maybe we are in trouble here on this planet.  We are just another species here, and we know that sometimes species don't stick around.  A wider view of life might just be in order. So I always think of what I can do in one day to shift things in the world.  Do you do that too?  How does that look?

If I eat more rye bread today, it will increase the need for rye which will help the organic farmers replenish the soil by being able to shift out of wheat farming just long enough for a nurturing crop to be planted in rotation.

If I listen to one person whose perspective is not mine with respect and kindness, WITHOUT grabbing my favorite hobbyhorse line to prove them wrong,  I can plant a different kind of seed in that person.

If I keep my trash in the right containers I am not adding plastic to the land and the oceans that are getting so unbalanced with our disrespect, I can not plant more destruction in the world.

Soft eyes bring in the wider perspectives.  It is so easy to be focused on what I need, what I want, but here's the thing.  We are one of, if not the most rich, spoiled for luxury, groups of people on the planet.  If we don't have the ability to look beyond our our ego driven quests, perhaps we will not survive.

I believe something is beings asked of us here.  We are being asked to step up, to be a voice that speaks out against greed, hatred,and unconsciousness.

I can only do those things if I use soft eyes,  if I see the bigger view, if I don't use my vision to keep grabbing the same re-inforcers to my way of thinking.

So close your eyes and let your eyes rest back into their sockets and breathe.  Now open your eyes and be soft with them.  Let something else in.  It may be a fuzzy vision, but that is alright too.   See our fragile world.  Let that image shape your day.   And play nice out there.