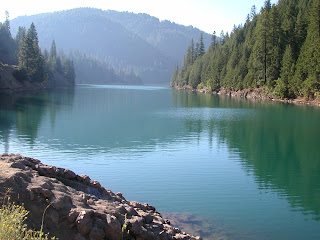 Good Morning to you.

In the last three days I have heard the old 60's phrase of "Peace Out".  I was figuring it was time for a revival. Let us begin by holding your center, your Self in the BIG.  The LARGE.  The CCCCCC....COSMOS!    PEACE OUT!!!! 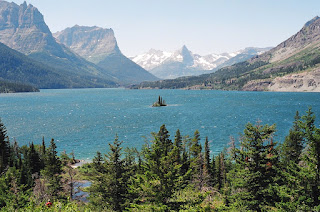 What follows was a gift to me.  I come to this sound, as I do many mornings, and am reminded of how quickly my heart clears, my mind slows, and I feel connected to the Great Beyond, however that looks this day.  Do take a moment to free yourself from the twittery, fluttery life of your day, and settle into that spot that brings home energy to your body and soul.  I bookmark it and listen to it in the evenings as well..  such a way to settle the spirit.  To the crazy, busy person inside of you I will assure that the time it takes to listen to it will genuinely change your energy, and in a few short minutes.

The Great Bell Chant (The End of Suffering) on Vimeo 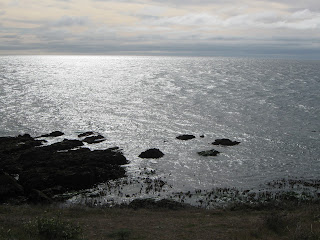 
We often think of talking to ourselves as form of insanity.  I am thinking that we don't really do enough of it...that is to say, CONSCIOUSLY.   Yes, we are in there with the mind ALL THE TIME, but most of us are ducking and swinging at the voice, either trying to get it to shut up or shrinking away from the shame, judgement, abuse that we are unconsciously leveling at ourselves. 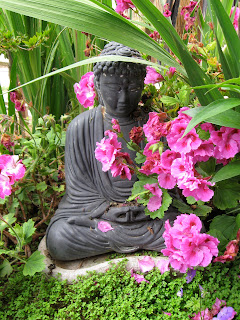 People often think that therapy, is about making changes, or solving problems.  I would say it has more to do with making our inner voices conscious.  It is in consciousness that we have choice.  Carl Jung said "Enlightenment is not about imagining figures of light, but about making the darkness conscious."  I have long loved that quote.  What wisdom therein!

So this path we are on, is more about seeing than changing.  I found this video that a young boy made in anticipation of sharing it with his older self.  The "older self" found it and made it into a dialog.  I think you will  enjoy it.


So here's the thought for the day:  Listen and speak to your inner self.  There may be more wisdom there than you imagine.


And when you find that the words you hear inside of yourself are judging, unkind, shaming, speak with love and gentleness to yourself, as you would to a frightened abused child.

Remember you can reach me through my website at       bmistywycoff.com 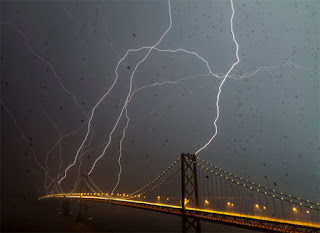 Sometimes we draw energy to us, like the Bay Bridge in storm.


We radiate a kind of acceptance to energies that we grew up with.  Sometimes we find ourselves feeling badly around people who apparently are our friends.  They have qualities that seem familiar.   We do need to remember that the word familiar, comes from the word family, and that those energies may hide some behaviors that are toxic to us.  Like a kind of toxic soup that we keep ladling into ourselves, thinking that it is good for us.


Do you have people in your life who:


Cannot apologize when they have hurt you?


Justify their behavior and say things like:  "I cannot live my life taking care of your feelings?"


Blame you for their foul moods and bad behavior?


Cannot speak up when their feelings get hurt and then act passive aggressively?

Dictate how you should be in the world?


Store up negative emotion and then dump it on you in unsuspecting moment?


Use your differences to make you wrong?


Call names, shame and embarrass you?


Tell you this is the way that "everyone" does this?


All of the above describe dysfunctional, abusive relationship qualities.  Now most of us have managed to weed out the worst of these offenders as we grow up and become more conscious of ourselves.   It is often hard to see these characteristics in those relationships that often offer other nice qualities.  The question you have to ask yourself is this:   "How much am I willing to pay for those moments of goodness?"


Sometimes we are drinking "Toxic Soup".  Just for today, focus only on those people that bring you joy and energy that is friendly to your being.  No need for judgement or criticism or even confrontation, just move back a little.  Notice how that feels.  Sometimes this action can bring up feelings of fear.  Just for today, notice them, acknowledge them, and recognize that these feelings are survivable, and relax.


Relax,  Breathe,  Sip something else!


and this blog address is:  crossingoverthesea.blogspot.com

Bumping boats and falling in the water!


I started out above the bay, having lunch at a spot that overlooks Morro Rock, the jetty and the head of the bay.  There was a flurry of activity below me.  Fishing boats entering and exiting the bay to open sea and what was, apparently a school for sailing.  I counted twenty-six white sails, on small, light 10 foot boats that looked like a child's drawing of a rowboat.  Clearly each single person on each single boat was learning how to navigate in the wind.  Initially it looked rather chaotic, a swarm of white moths, bumping into one another, stopping, starting, with no apparent design.  I would look away, distracted by a kayaker or someone walking on the inside of the dunes that protect the bay, or the little island with fat seals pushing each other off as they scrambled aboard the small space.  The flutter of the sails would pull my eyes back to watch this dance of learning.  As time passed and my lunch disappeared and my dogs were snoring in their after beach walk nap, there began a rhythm, a beat, unheard by me, but indeed the sailors.  Like flocks in the sky, on the point of a moment, many would shift the sail and turn.  At first it was two at one end of the group, then three in the middle.  As the afternoon deepened, so did their sense of balance in the wind.  An hour later I was watching a ballet.


I was thinking about how we learn things.  Much like the people in the tiny sailboats.. at first we bump around getting it wrong as often as we get it right.  But WE DO LEARN...   You cannot do something over and over again without eventually thinking of a way to do it more efficiently, more beautifully.  As with many things, it is the PRACTICE of something that brings change.

How important is it to fail?  It is essential.  We could not drive a car the first time we sat behind the wheel, but as we sat there, again and again, in many traffic situations, we learned.  We learned to pay attention to what was important, and ignore what was not.  What a miracle, what a joy!  We learn, because...... WE LEARN!!   How cool is that?

Cue words:  "When I fail, it means I am in the process of learning."   Now say it again.